Is inflation creeping up? 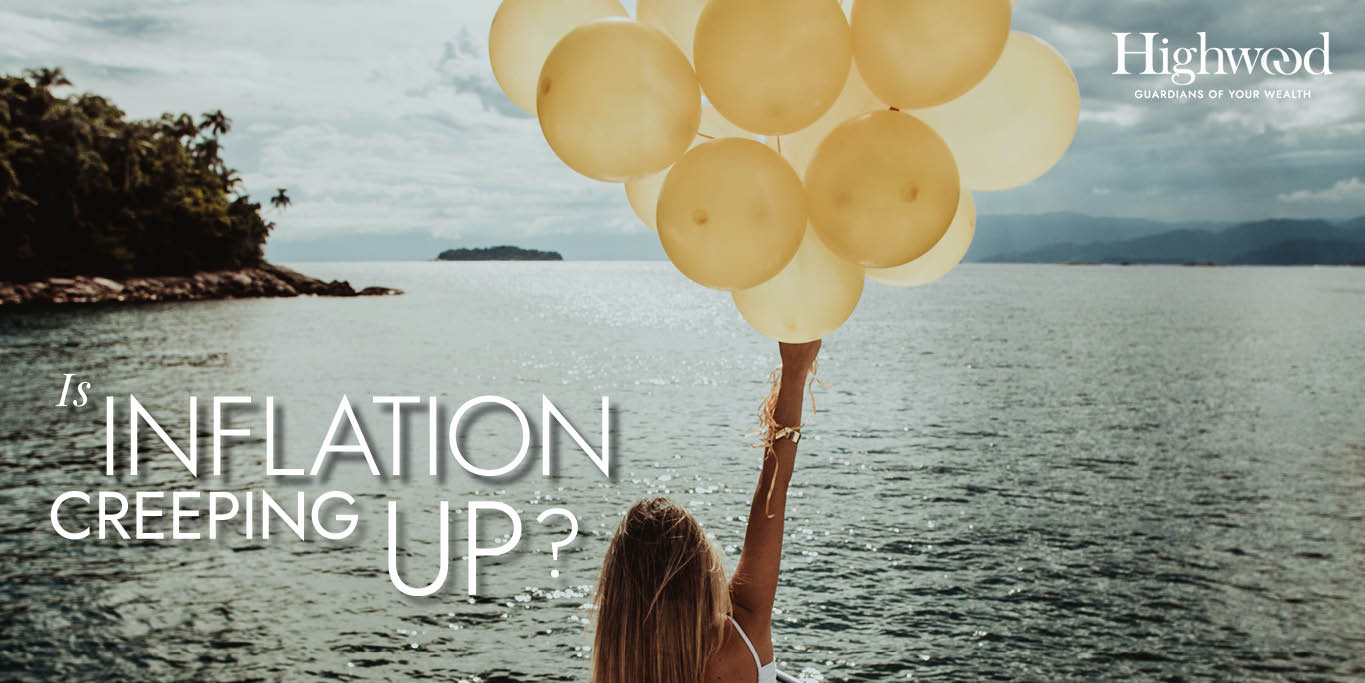 A global jump in inflation in 2021 is raising the prospect of a broader upward trend beyond a short-term pandemic reaction. 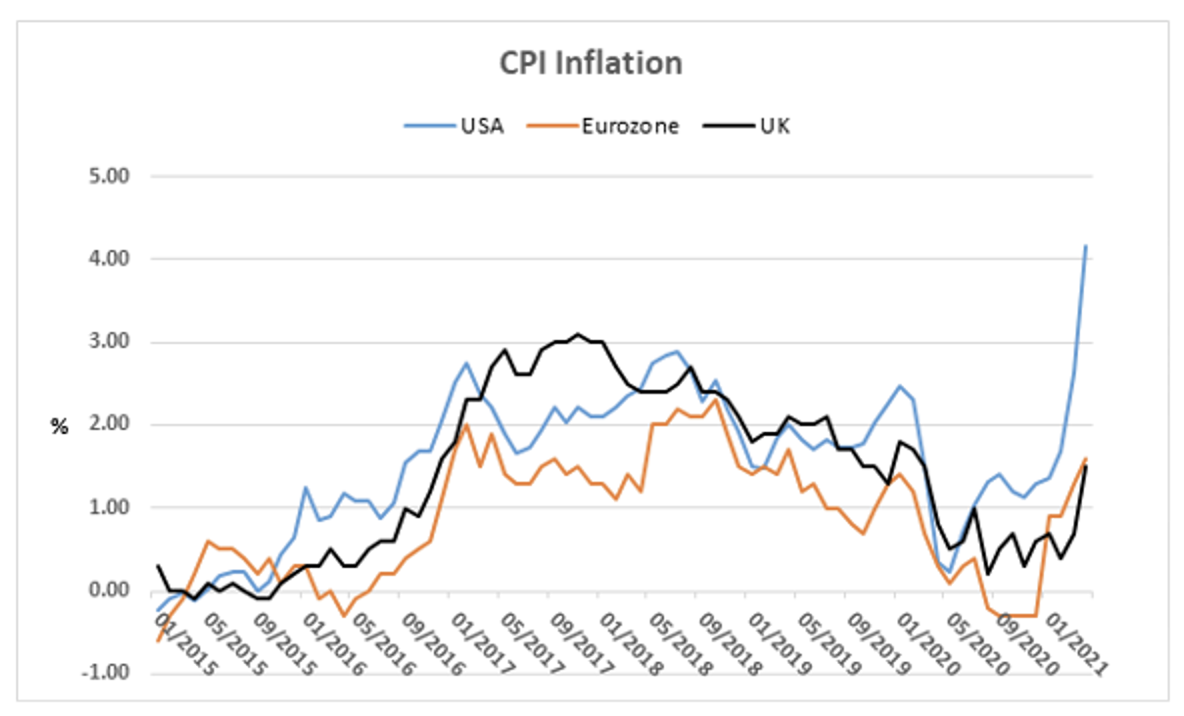 Source: Various including fred.stlouisfed.org, www.euro-area-statistics.org and Office for National Statistics

The risk of the return of inflation has become a focus of attention in investment circles. As the graph shows, 2021 has seen a jump in the inflation rate in the US, UK and Eurozone. Inflation matters to investment markets because the standard central bank response is to raise short-term interest rates, which are currently around zero in all three areas. While an increase is inevitable from such a lowly base, the markets have not been assuming one anytime soon.

What is not clear yet is whether the 2021 rise in inflation is a temporary one in response to the vaccine-driven economic recovery or something longer term and more serious. At present there are some distortions in the annual figures which complicate matters. For example, in April 2020, the slumping oil price had driven petrol down to 109.0p a litre, whereas a year later it was 125.5p a litre – a 15.1% increase.

Across the Atlantic, where inflation shot up to 4.2% in April, used car prices climbed 10% in one month between March 2021 and April 2021. That was attributed to computer chip shortages which hit new car production and forced buyers to visit the used car lots. Distortions appear in the other direction, too. For instance, the UK hospitality industry VAT rate was cut to 5% in July 2020, although the saving was often not passed on in full (or, sometimes, at all) to the customer. The VAT rate is due to go back up to 12.5% in October and revert to 20% next April, both moves which could increase inflation.

For the time being, the heads of the US, UK and Eurozone central banks are not concerned about the worsening inflation data. Their economists had forecast an increase as recovery took hold and expect that, as the bounce-back in the economy fades, so too will inflation.
Meanwhile these patterns remind us that inflation remains a risk and that any financial planning needs to take it into account. Over the last 10 years, the buying power of £1 has shrunk to 84.7p.

The value of your investment and income from it can go down as well as up and you may not get back the full amount you invested. Past performance is not a reliable indicator of future performance.